Peter Kwon is a Councilmember for the City Of SeaTac

Many people have recently come to me with questions related to the new Inter-Local Agreement (ILA) between the City and the Port. I’m providing my personal comments and insight to hopefully answer these questions and clarify some details in the ILA from my perspective.

A little background: There have been two prior versions of the ILA between the City and Port:
ILA-1: September 4, 1997 (10-year agreement):

Interlocal Agreement City of SeaTac and Port of Seattle September, 4 1997

There have been a series of amendments to these two documents, including an extension on December 22, 2015 (2-year agreement):
http://www.ci.seatac.wa.us/government/city-departments/city-manager/airport/interlocal-agreement

The latest version (2018 ILA) replaces all prior documents entirely:
http://www.ci.seatac.wa.us/government/city-council/2018-city-port-ila

The first two versions over the last 20 years were essentially the same agreement with some tweaks and changes. Because it was obvious the old versions were no longer working today, the 2018 ILA version is a completely new and different document devised from the ground-up. 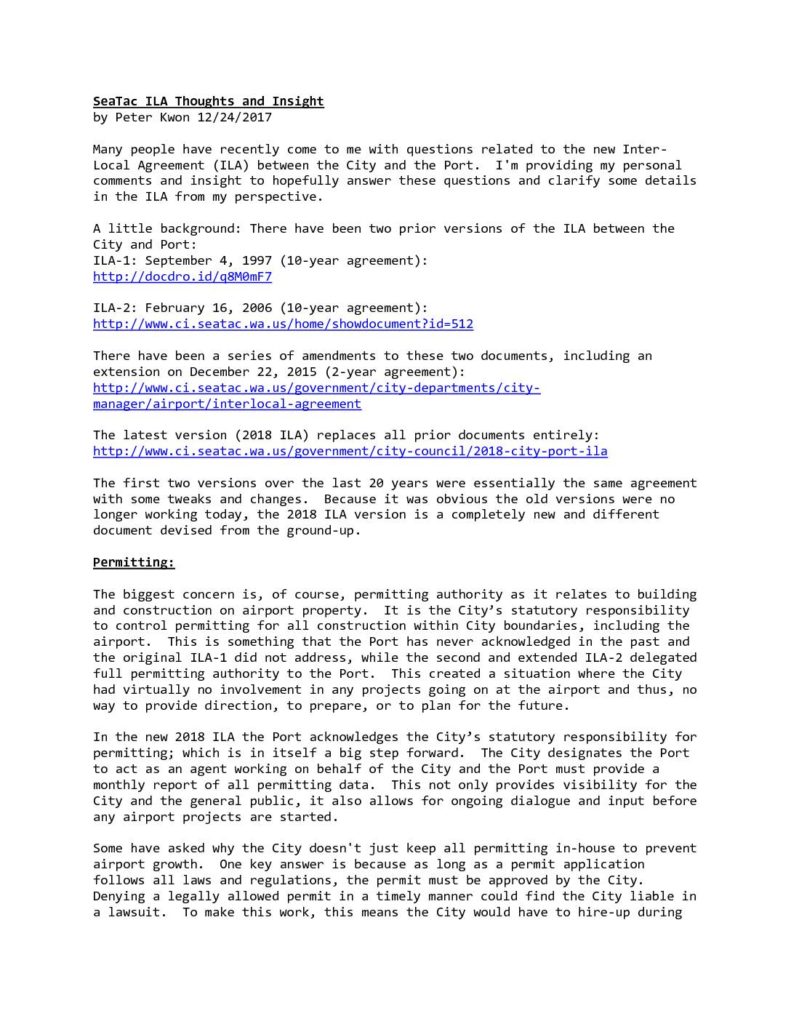