Currently, FAA law has extremely complicated rules for establishing a noise boundary around airports. (A noise boundary is a geographic area inside which there is a certain acceptable noise level.) This is referred to as the DNL65. and it has several major flaws. The FAA Reauthorization Act Of 2018 attempted to address these flaws in several ways. This letter, from a caucus of Congressmen engaged on airport community issues complains to the Administrator that the spirit of the law is not being adhered to and demands that he make attempts to put his agency into compliance. The language is fairly technical, however there are a couple of basic points they raise: First, that the noise boundary be determined by actual noise measurements (currently the noise boundaries are 'modeled' and those calculations often do not reflect in any way the lived experience for residents.) Second, that the 'acceptable' noise level of sixty five decibels (hence DNL65) has been determined to be far too high to conform with current understandings of healthy living.

First and foremost, the report fails to evaluate well-respected and widely used alternatives, including: the Cumulative Noise Equivalency Level (“CNEL”) metric, which California uses to evaluate aircraft and other noise exposures1; the ISO 1996:2016 (“Acoustics –Description measurement and assessment of environmental noise”), an international standard specifically adopted to identify community noise concerns in general, but airplane noise in particular; and the European alternative to the DNL metric, known as the DENL, or the day-evening-night level metric. The latter noise metric disaggregates evening and night noise levels 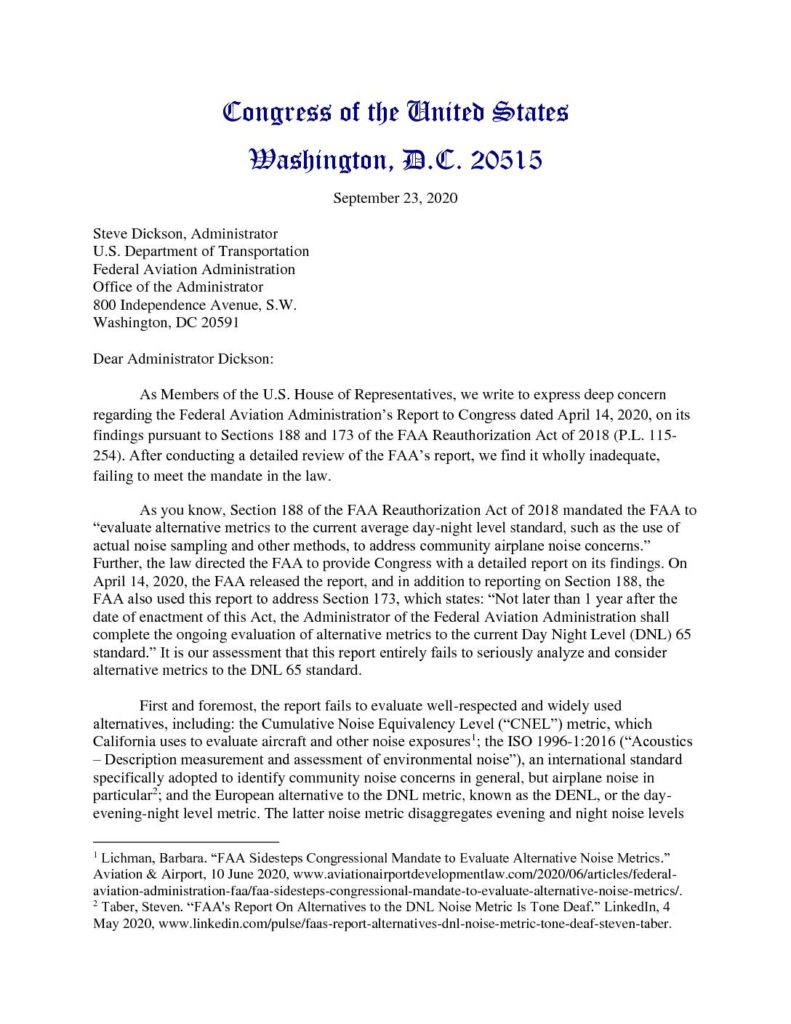