This report documents the findings of a study undertaken to identify: The impact of aircraft emissions on air quality in nonattainment areas (NAAs); Ways to promote fuel conservation measures for aviation to enhance fuel efficiency and reduce emissions; andOpportunities to reduce air traffic inefficiencies that increase fuel burn and emissions. This study was conducted by the Partnership for AiR Transportation Noise and Emissions Reduction (PARTNER), an FAA/NASA/Transport Canada-sponsored Center of Excellence. Appendix B contains the full list of study participants. The study was conducted through the coordinated efforts of five contractors and subcontractors. Aircraft landing take-off (LTO) emissions include those produced during idle, taxi to and from terminal gates, take-off and climb-out, and approach to the airport. Aircraft LTO emissions contribute to ambient pollutant concentrations and are quantified in local and regional emissions inventories. This study analyzed aircraft LTO emissions at 325 airports with commercial activity (including 263 commercial service airports and 62 airports that are either reliever or general aviation airports) in the U.S for operations that occurred from June 2005 through May 2006. The flights studied represent 95% of the aircraft operations for which flight plans were filed during that time period (and 95% of the operations with International Civil Aviation Organization (ICAO) certified jet engines in the U.S.). Of the 325 airports, 148 are commercial service airports in ambient air quality nonattainment areas as specified by the National Ambient Air Quality Standards (NAAQS) (40 CFR Part 50). The airports involved are identified in Appendix B; the nonattainment areas are listed in Table 3.1. Each of these NAAs has at least one commercial service airport. The study was designed to focus on the impact of aircraft emissions on air quality in NAAs. As is shown in Table 1.1, aircraft operations at the 148 commercial service airports in the 118 NAAs are less than 1 percent of emissions in these areas. Aircraft emissions data from 2005 were used for this study. In the table, non-aircraft emissions data are from EPA’s year 2002 National Emissions Inventory. Note that EPA’s year 2001 National Emissions Inventory was used for modeling the impact of aviation emissions on air quality and human health; see section 3.1 for details. (Note, some of the general aviation airports and reliever airports studied were located in NAAs, but they were not included with the below inventories for NAAs. The aircraft emissions from these airports are estimated to be a small fraction of the aircraft emissions in NAAs compared to those from commercial service airports because commercial aircraft are generally larger than general aviation aircraft and thus burn more fuel; emissions are proportional to fuel burn.) 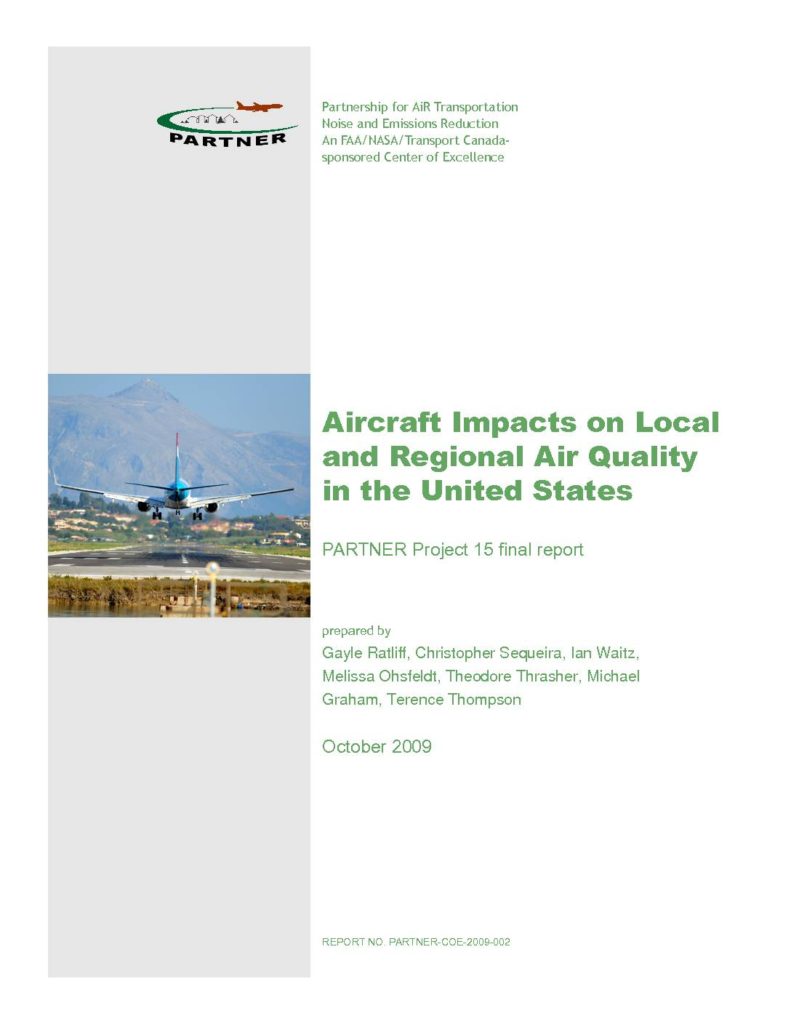