As required by Sec. 225 of the FAA Re-Modernization Act Of 2012. Describes how the Greener Skies Over Seattle project became NextGen.

This report covers the strategy of the Federal Aviation Administration (FAA) for implementing, on an accelerated basis, the Next Generation Air Transportation System (NextGen) operational capabilities produced by the “Greener Skies over Seattle” project, as recommended in the final report of the Radio Technical Commission for Aeronautics (RTCA) NextGen Mid-Term Implementation Task Force 5 that was issued on September 9, 2009.The Greener Skies project is a collaborative project between the FAA, airlines, the Port of Seattle, and Boeing Corporation to introduce Performance Based Navigation (PBN) technology that takes advantage of user investments in aircraft avionics. It includes adding 27 new procedures, expanding use of Optimized Profile Descents (OPD) Area Navigation (RNAV) arrivals and RNAV Required Navigation Performance (RNAV (RNP))1 approaches. The FAA’s NextGen Management Board approved Greener Skies as a two-initiative project in July 2010. Initiative One (i1), started in September 2010, provides for the design and initial implementation of PBN instrument flight procedures into the complex airspace around Seattle, Washington. Initiative Two (i2) was started in April 2011, and provides the research and safety studies needed to explore changes to air traffic control separation standards to maximize the benefits of PBN utilization. I2 will be completed in September 2013. If the research concludes that the proposed i2 air traffic control criteria are safe and provide value-added efficiency then the new criteria would be available to Seattle and other applicable locations. The two Greener Skies efforts are being conducted simultaneously so that i2 procedures can build upon the i1 designs and results. In December 2011, the 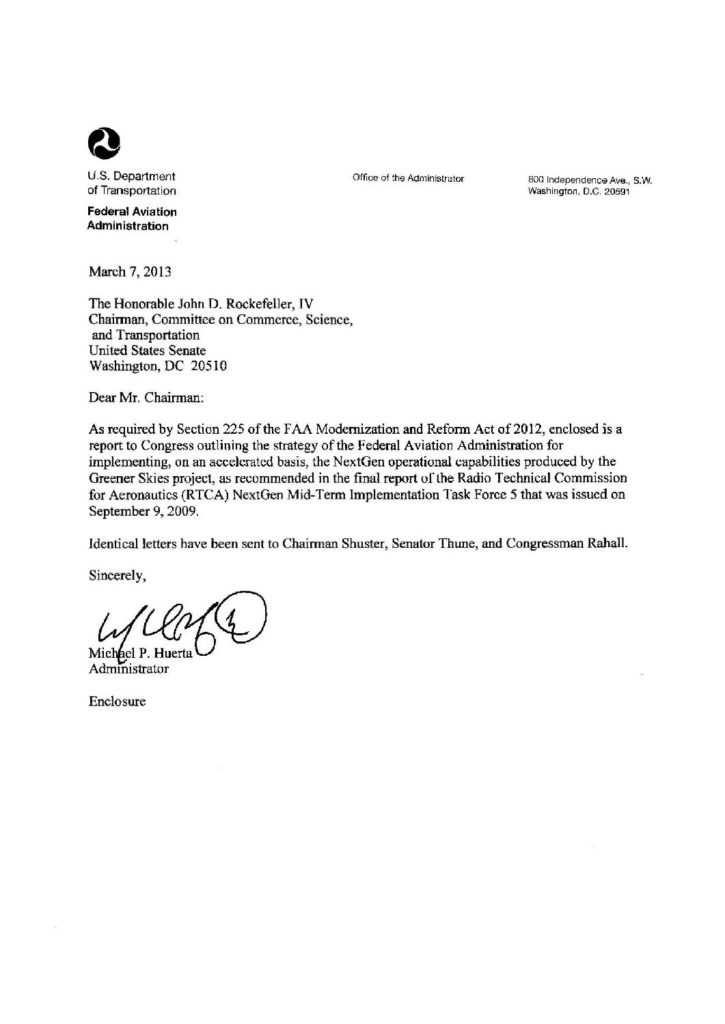