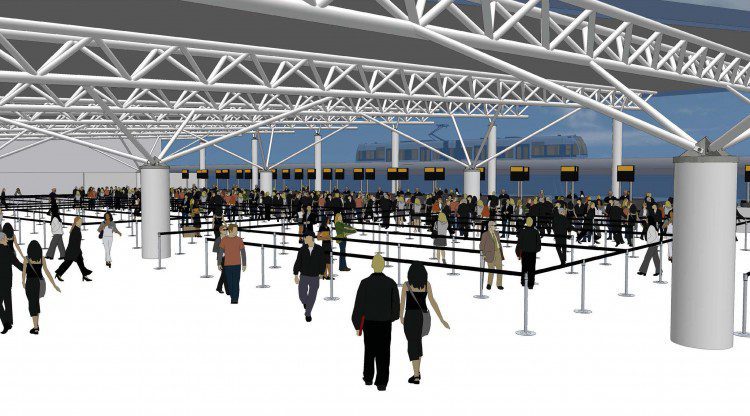 The Port of Seattle is in the conceptual design phase of an expanded International Arrivals Facility (IAF) at Seattle-Tacoma International Airport. With this 1970’s vintage facility in the south satellite servicing a dramatic increase in international flights, the existing Federal Inspections area (commonly known as customs) is beyond its peak capacity. The new IAF is expected to create a higher quality passenger experience, advance the Puget Sound region as a leading tourism and business gateway and serve the traveling public well into the future. It also will help drive the port’s Century Agenda strategy to double the number of international flights and destinations during the next 25 years.