AN ORDINANCE OF THE CITY OF DES MOINES, WASHINGTON
relating to the City’s Building and Construction Code, and
repealing the City’s Sound Code, DMMC 14.08.180 through DMMC
14.08.440 and the previously codified provisions of sections 43
through 69 of Ordinance No. 1407.

WHEREAS, the Port of Seattle’s ongoing Part 150 Study is
concluding that noise impacted areas within the City of Des
Moines forecasted for 2016 are substantially smaller than was
the case in 1998 because of quieter aircraft and improved flight
operations, and

WHEREAS, continuing improvements in State building and
energy codes are resulting in quieter homes, and

WHEREAS, the development community frequently cites the
City’s Sound Code as unnecessary, not economically justified and
overly burdensome to both home owners who want to upgrade their
windows or remodel their homes, or developers looking to provide
the lowest cost product to their customers, and

WHEREAS, the City Council wishes to make
attractive to development and friendly to its
possible while protecting public health and safety,
the City residents
and

WHEREAS, a decision to repeal the City Sound Code will
not affect the eligibility of City homeowners and institutions
from receiving Port of Seattle remediation money to sound
insulate their homes and institutions, and 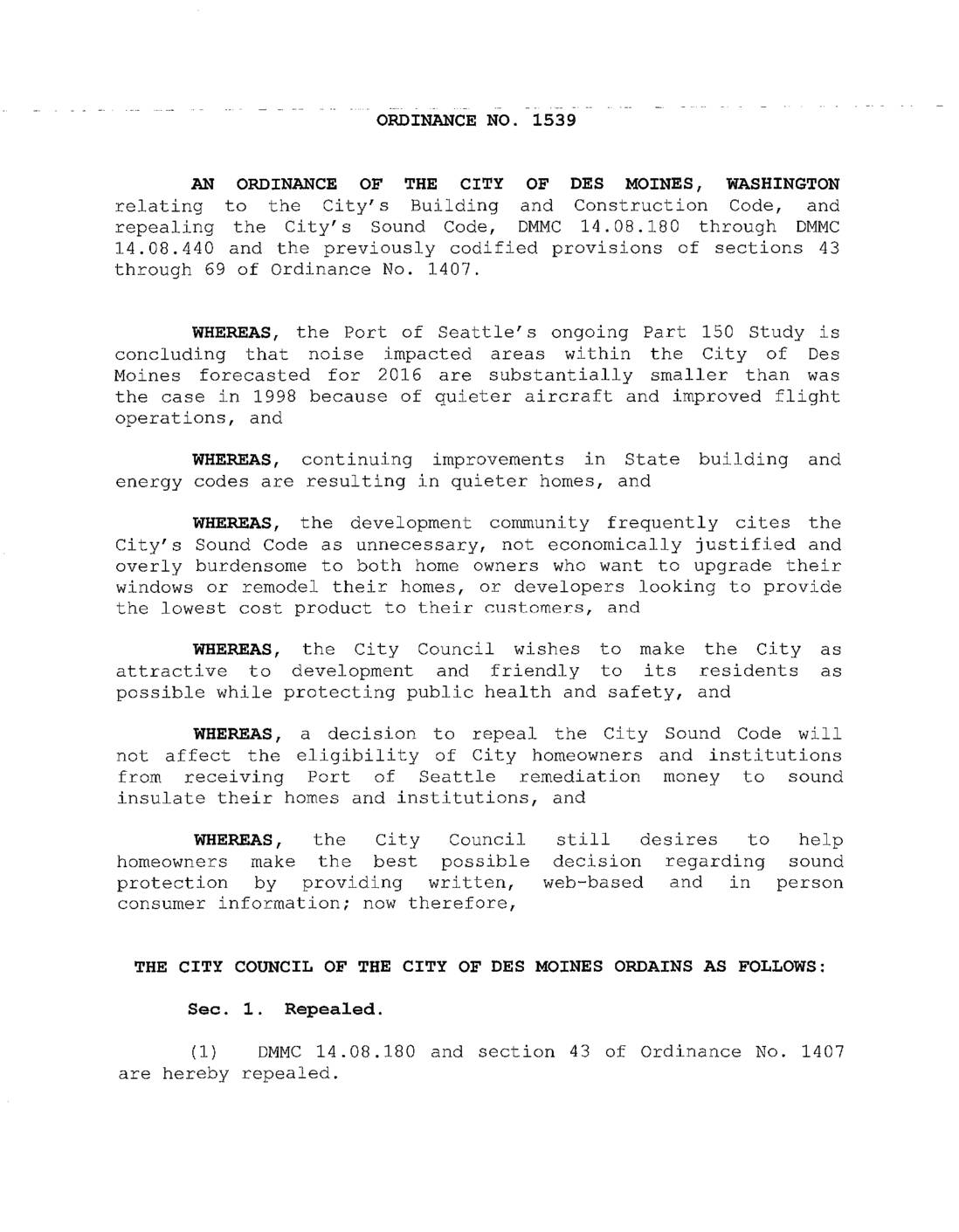