FAA has made progress in implementing its Metroplex program but has experienced difficulties meeting timelines and has yet to fully resolve key obstacles. While FAA has completed 7 of 12 Metroplex locations, the Agency does not expect to complete all remaining locations until 2021, 4 years later than originally planned.Delays have occurred largely due to increased community concerns about aircraft noise. In addition, other previously identified PBN obstacles remain, including a lack of automated decision support tools for controllers, unclear terminology used by pilots and controllers for referring to flight paths, and the lengthy procedure amendment process. Further, Metroplex benefits to airspace users have fallen well short of predictions—in post-implementation reports, FAA estimated annual benefits of $31.1 million, which is $30.5 million (49.5 percent) less than the minimum amount initially expected when FAA first planned each Metroplex site. Finally, FAA’s methods for estimating benefits overly rely on judgment and are not well documented, limiting the ability to readily test the estimates’ robustness and replicate results. 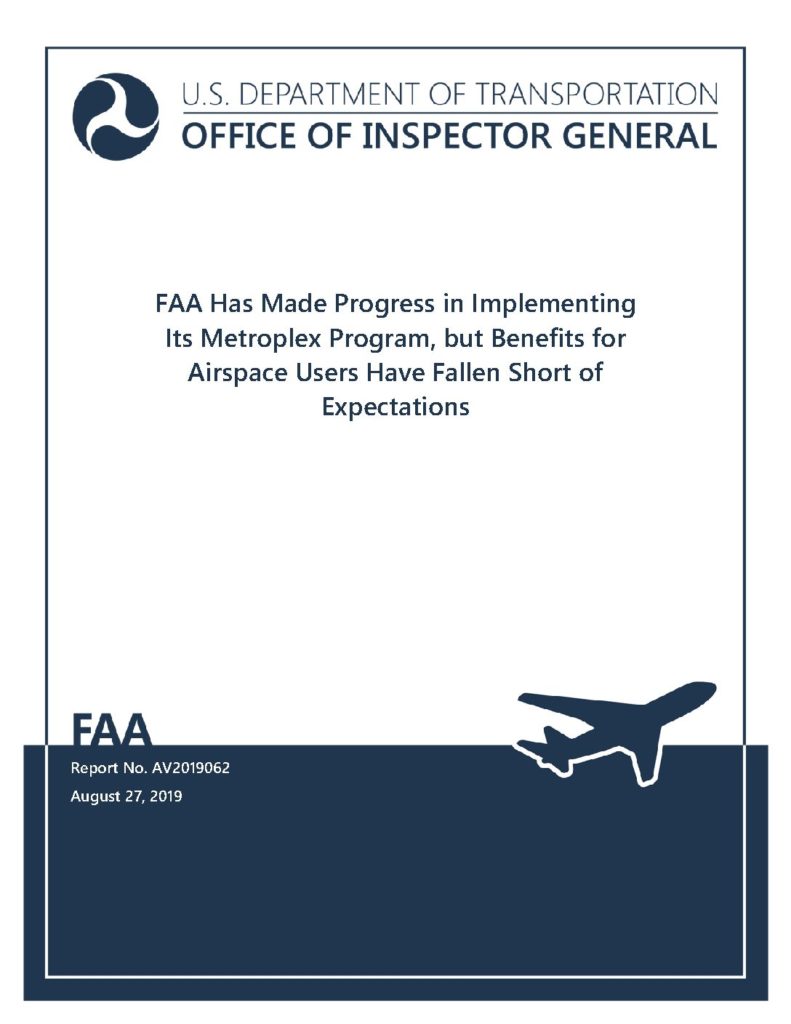