The Mayor discusses the state of the City (good, because the City’s finances are good–I live the psychology of that to you, Dear Reader) and then the City’s letter to the Port’s Sustainable Airport Master Plan (SAMP) official Steve Rybolt outlining the obvious concerns about growth, noise, pollution, etc., etc. It is followed by comments from members of the Aviation Advisory Commmittee (no longer referred to as ‘Ad Hoc’–further suggesting that there may indeed be a God in Heaven.)

The main heartening comment, which has become a key talking point for the City over the past six months or so, has been the notion of demanding that any environmental remediation should be taken back to 2012–when the big increases in flights began (and also coinciding with the SAMP planning.) I (JCH) harken back with great fondness to the times I’ve been referred to as ‘crazy’ (and other choice names) for suggesting as much, so this change of heart is especially warming for me. We all hope that the City keeps pushing hard on this point. There is almost no point in obtaining any remediation deal -unless- it rolls the yard sticks back at least as far as 2012. 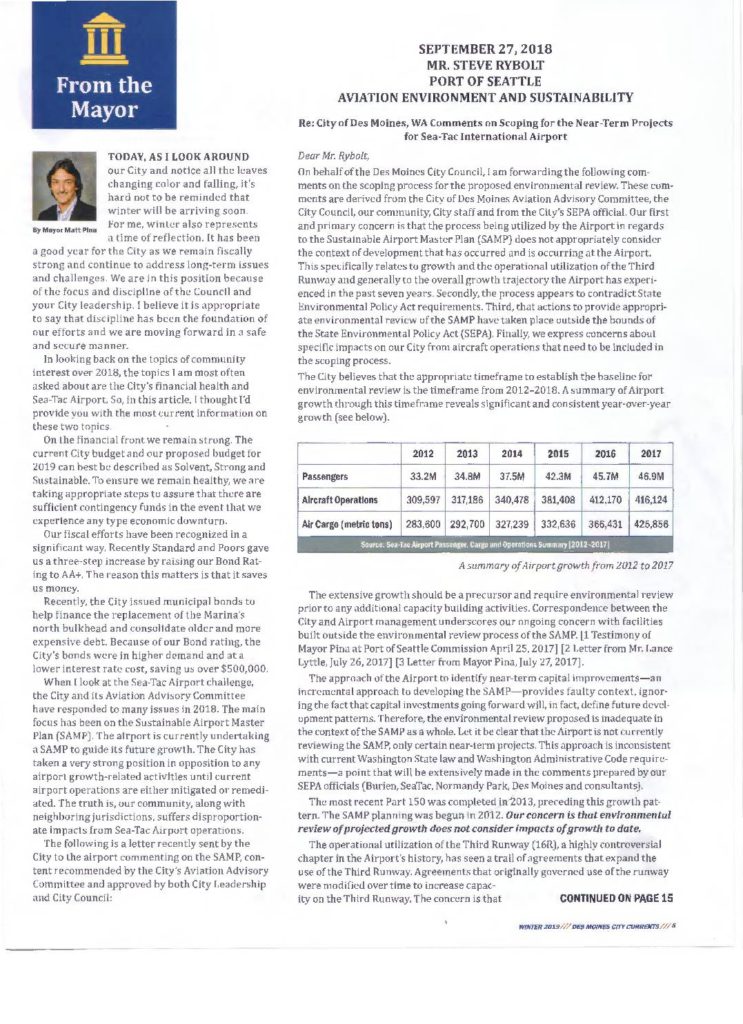