Before providing them any assistance, we must demand that they change how they treat their customers and employees. 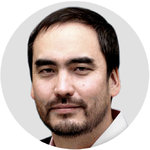 Mr. Wu is the author of “The Curse of Bigness: Antitrust in the New Gilded Age.”

For American Airlines, the nation’s largest airline, the mid to late 2010s were what the Bible calls “years of plenty.”

In 2014, having reduced competition through mergers and raised billions of dollars in new baggage-fee revenue, American began reaching stunning levels of financial success. In 2015, it posted a $7.6 billion profit — compared, for example, to profits of about $500 million in 2007 and less than $250 million in 2006. It would continue to earn billions in profit annually for the rest of the decade. “I don’t think we’re ever going to lose money again,” the company’s chief executive, Doug Parker, said in 2017.

There are plenty of things American could have done with all that money. It could have stored up its cash reserves for a future crisis, knowing that airlines regularly cycle through booms and busts. It might have tried to decisively settle its continuing contract disputes with pilots, flight attendants and mechanics. It might have invested heavily in better service quality to try to repair its longstanding reputation as the worst of the major carriers.

Instead, American blew most of its cash on a stock buyback spree. From 2014 to 2020, in an attempt to increase its earnings per share, American spent more than $15 billion buying back its own stock. It managed, despite the risk of the proverbial rainy day, to shrink its cash reserves. At the same time it was blowing cash on buybacks, American also began to borrow heavily to finance the purchase of new planes and the retrofitting of old planes to pack in more seats. As early as 2017 analysts warned of a risk of default should the economy deteriorate, but American kept borrowing. It has now accumulated a debt of nearly $30 billion, nearly five times the company’s current market value.

At no time during its years of plenty did American improve how it treats its customers. Change fees went up to $200 for domestic flights and to $750 for international. Its widely despised baggage fees were hiked to $30 and $40 for first and second bags. These higher fees yielded billions of dollars, yet did not help the airline improve its on-time arrivals, reduce tarmac delays or prevent involuntary bumping. Instead, American’s main “innovations” were the removal of screens from its planes, the reduction of bathroom and seat sizes and the introduction of a “basic economy” class that initially included a ban on carry-on luggage.

In the wake of the coronavirus outbreak, which is wreaking havoc on the airline industry, American Airlines has not yet asked for a bailout — at least not in so many words. Yet after a recent meeting with airline leadership, Larry Kudlow, the director of the National Economic Council, said that “certain sectors of the economy, airlines coming to mind” might require assistance. Treasury Secretary Steven Mnuchin said Wednesday that the airlines, including American, would be “on the top of the list” for federal loan relief.

The Manhattan Private School That Tore Itself Apart

As the government considers what we, the public, should do for the airlines, we should ask, Just what have they done for us?

The United States economy needs an airline industry to function. The industry is in that sense not a “normal” industry, but rather what was once called a common carrier or a public utility: a critical infrastructure on which the rest of the economy relies. The major airlines know that unlike a local restaurant, they will never be allowed, collectively, to fail completely. In practice, the public has subsidized the industry by providing de facto insurance against hard times in the form of bailouts or merger approvals. And now here we go again.

We cannot permit American and other airlines to use federal assistance, whether labeled a bailout or not, to weather the coronavirus crisis and then return to business as usual. Before providing any loan relief, tax breaks or cash transfers, we must demand that the airlines change how they treat their customers and employees and make basic changes in industry ownership structure.

Beginning with passengers, change fees should be capped at $50 and baggage fees tied to some ratio of costs. The change fees don’t just irritate; they are also a drag on the broader economy, making the transport system less flexible and discouraging what would otherwise be efficient changes to travel plans. We should also put an end to the airlines’ pursuit of smaller and smaller seats, which are not only uncomfortable and even physically harmful, but also foster in-flight rage and make the job of flight attendants nigh unbearable. Finally, we have allowed too much common ownership, permitting large shareholders to take a stake in each of the major airlines, creating incentives to collude instead of compete.

The airlines will argue that their ownership structure, cramped seats, high fees and other forms of customer suffering are necessary to keep prices lower. But after the last decade’s mergers, no one should take that argument seriously. As any economist will tell you, in a market with reduced competition, and common ownership, there is limited pressure to reduce prices. Instead, as we’ve seen, the major airlines charge what they can get away with and spend the profit on stock buybacks and other self-serving enterprises.

The question of what the public should demand from an airline bailout raises questions that transcend the business of flying. The next several weeks will leave behind many economic victims, including nearly every provider of in-person services. Many small retailers, restaurants and other businesses, like caterers or fitness instructors, face grim prospects. Yet it is the economy’s big players, like banks and airlines, that are the best at asking for (and getting) government assistance.

During the last economic crisis, we largely let individuals suffer while helping out the big guys, leaving behind deep resentments that still fester. This time around we should start from the bottom instead of the top.

Tim Wu (@superwuster) is a law professor at Columbia, a contributing opinion writer and the author, most recently, of “The Curse of Bigness: Antitrust in the New Gilded Age.”